I’ve set things out in Janus, and still have plenty of LI to work with!

Here is what the ground level looks like today, March 9th, 2019; 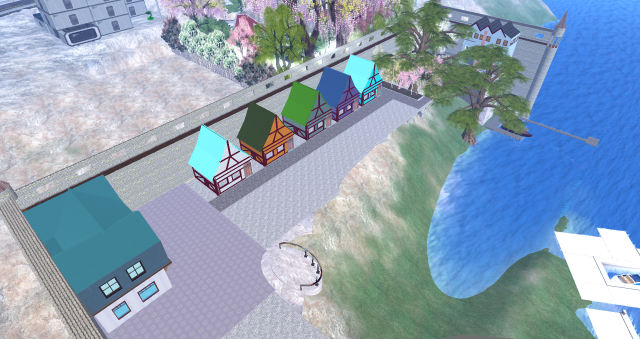 Note that the banlines on the eastern side are still very much there. You can’t tell from this snapshot, but the southern wall looks like ass because I had to move the towers to head off possible encroachment issues.

I still have 2k LI to work with, possibly more? I’m thinking of following Penny Patton’s idea of spreading a build over multiple levels (heights) and connecting them via teleporters.

Originally I was going to make something Star Trek-y; but now I’m afraid that would just attract hassle.

Anyway, I don’t have the right textures for it.

I had to return megaprims from the jerkwads to the south of me. The next day (8 march) I had a weird mystery NPIOF pop up on my parcel. Things that make you go “Hmmmmm”….

On the 7th I had a bittersweet talk with my landlady when she let Funadama go. It was very sad, but neither of us can afford it, so it’s been sold to someone who can …because they’re flipping it? I haven’t gone over to see who bought it, so I’m not sure.

Anyway, it’s divyed up and set for sale: 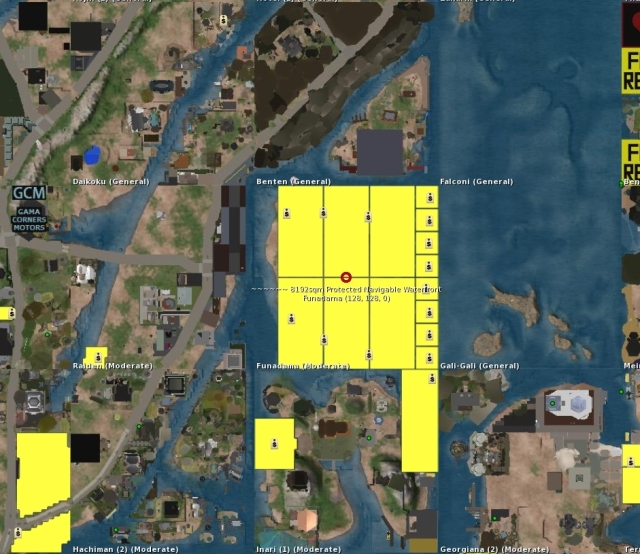 Meanwhile, I got a premium account so that I can use the Linden sandboxes -I bought a huge starship but didn’t have the land to rez it. I can see myself letting my acct laspe back to basic in a couple months; depends on how finances go, I guess.

The update for Metropolis grid is chugging along, it’s a mixed bag. The regions are noticeably faster -even here in Alaska. However, it’s taking longer for the dust to settle than maybe folks would like. I can wait, though, personally.

In the mean time, I have an idea for a roman village I would like to build on metro. I’ve set up the region but haven’t really got very far into the planning stages yet.

I may be cash poor, but I’m definately (virtual) land rich …

I'm a virtual world resident; I build, I organise, blog and play with server software (so far whitecore sim and opensim).
View all posts by hanheld →
This entry was posted in Uncategorized. Bookmark the permalink.
%d bloggers like this: