An artist is I

I had two reasons for wanting to learn makehuman.

One was to have a mesh avi in opensim -got that sorted now.

The other reason was so that I can make statues -without spending decades learning how to sculpt. 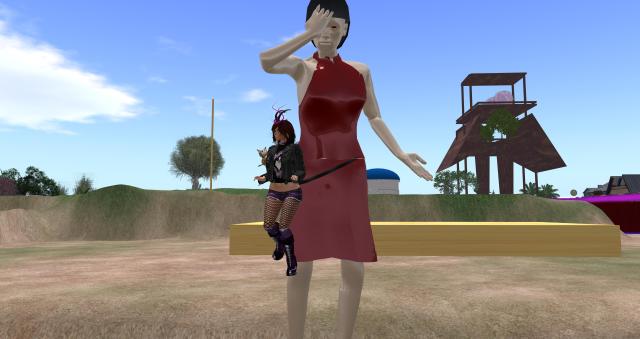 I had to dink around a bit -the original skirt was much too short, undignifiedly so considering who this is; 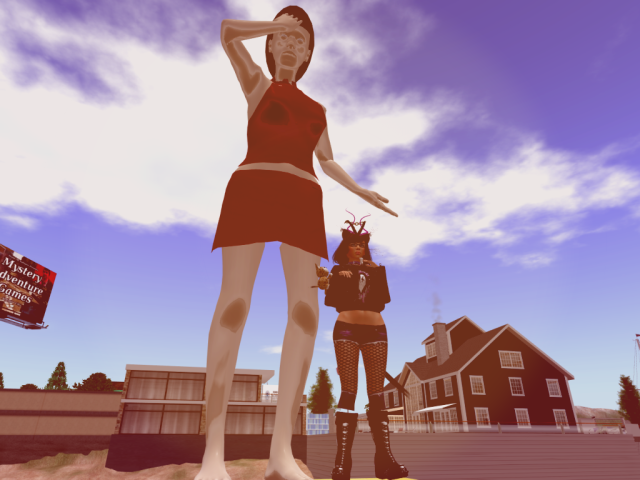 and considering her reaction to my builds 😉

Of course either version is a far cry from my original;

With a few red prims, a few wood planks, I made a place to stand…

But fixing the skirt proved suprisingly easy -I exported it to colloda and loaded it in Blender. In blender I just went into edit mode, selected faces, copied, pasted and the skirt was longer. Then I realized I could stretch the faces on the blouse and stretch them (instead of copying) and I was set.

My prim statues are probably more clever …doing more with less, after all… but my little “makehuman cheat” opens up a lot more opportunities to me and lets me do a lot more, a lot quicker.

I’m not sure if you’d call it art (although Zappa said that Art is anything you can frame), but it’s close enough for me.

I'm a virtual world resident; I build, I organise, blog and play with server software (so far whitecore sim and opensim).
View all posts by hanheld →
This entry was posted in Uncategorized. Bookmark the permalink.
%d bloggers like this: